Omar and the Bro’ or What the ‘ell, Ilhan? 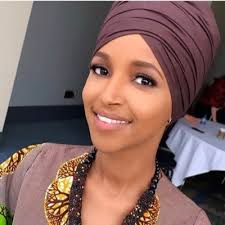 XAAFUUN, SOMALIA (Pop. 13,000) February 22, 2020 Representative Ilhan Omar, the Somali born congressperson representing Minnesota’s 5th Congressional district has again been accused of marrying her own brother. Some said she did it to illegally sidestep U.S. immigration laws and get her Bro’ into the country, but I don’t think a “modest” Muslim woman would do that… would she? In any case, the crack Meaning of Life Forensic Investigative team, International Division, Inc. has just completed an in-depth investigation of Omar’s conjugal capers. Here is what we found out about Ilhan’s incidents:

Ilhan, what the ‘ell?

We discovered another strange thing; Omar’s marriage information has been scrubbed from all of her (and other) websites.

On a positive note, Omar does have a cheerful, bubbly smile, especially when she is accusing Israelis (sometimes a/k/a Jews) of denying non-Jews their civil rights. Probably because Omar was right (“modest”, Muslim, women are never wrong), those rascally Israelis banned her from anti-Semitizing in propagandizing in visiting Israel.  What ever happened to Freedom of Speech!!!

P.S. I wonder if Omar’s hair, if she has any, is as nice as her smile?