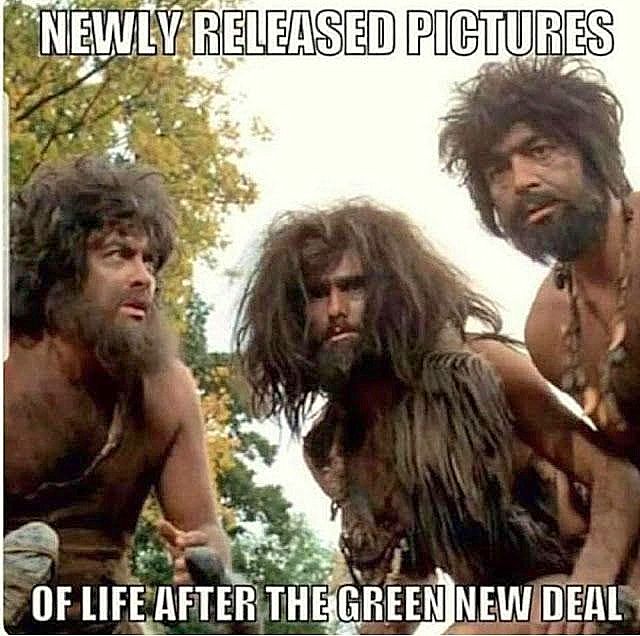 SHEDD, OR – There has been a lot of hype recently about The Green New Deal[1], a package of bills supported by most Democrats, including Bernie, Aunt Liz, Slick Chick, Blanket Head, Four Eyes, Elvis[2] and Kamala Vanilla[3].

Although The Green New Deal will save the world, it is somewhat costly (9.2 Trillion per year) and does not provide any direct benefits (certainly no green ones) to ordinary Americans.

What a waste. If something is going to cost so much, every American should receive a tangible, a really tangible, green benefit; more than a few more cooler days or a few more inches of beach at the shore. We should get more green bang for our buck, our green buck!

Under The Greener, Newer Deal, the plan’s annual cost of 9.2 trillion dollars not be spent on dubious ideas or unproven technology; instead, it will be distributed directly to each and every American[4], every year, in cash, new, green cash. What could be newer, greener, or a better deal than that?

Who can argue with a plan like this? If climate change gets all that bad[7], thanks to The Greener, Newer Deal, we will all have enough money, to move to a higher elevation and/or a colder latitude or, considering all the money we will be making, both!

The Greener, Newer Deal will have far less overhead than The Green New Deal. While the Green, New Deal plans to spend boatloads of money on failed technology, unproven science and politically connected “consultants”, the only expenses of the Greener, Newer Deal will be the salary of one employee, the renting of one office (it can be small), the purchase of one desk and one chair, the opening of one bank account, and the purchase of one (very large) adding machine.

The lone Greener, Newer Deal employee would only be tasked with receiving the plan’s money from the I.R.S., depositing it into the Greener, Newer Deal’s bank account, calculating the green, new cash benefit for each American on the adding machine, and then cutting and mailing out 310 million checks, annually. A piece of cake!

The Greener, Newer Deal is a wonderful plan that will make each and every American happier . . . and greener!

[1] I couldn’t help but notice that The Green New Deal, besides being functionally incorrect, is also punctuationally incorrect. There should be a comma between Green and New. Slick Chick must not have taken English Grammar at Boston University. I attended B.U. and know that numerous English courses, including Grammar, are offered there.
[2] Senator Bernie Sanders, Senator Elizabeth Warren, Representative Alexandria Ocasio-Cortez, Representative Ilhan Omar, Representative  Rashida Tlaib, and Representative Ayanna Pressley, respectively.
[3] I really wish the California Senator would adopt a more American name, like Smith or Harris.
[4] Including illegal aliens (Sorry, this feature was necessary to get liberals on board).
[5] Just kidding, I merely divided 9.2 trillion by the population of the U.S.
[6] I hadn’t thought about it, but The Greener, Newer Deal would allow us to abolish welfare, which would generate additional savings.
[7] It might not.  In which case, we all receive a windfall.